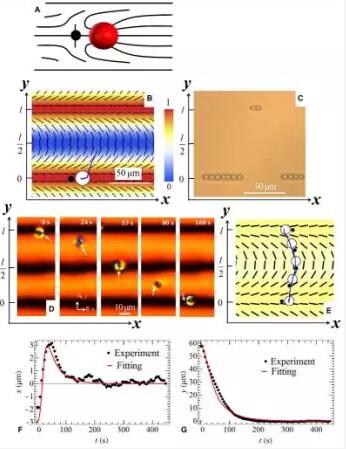 Through the interaction between particles, the colloid can be self-assembled into a variety of organized superstructures. This is a tremendous advancement in the scientific understanding and application of single-type isomorphic particle self-assembly. Due to the presence of thermal perturbations, forming superstructures where colloidal particles occupy a predetermined location and can remain at these locations remains highly challenging. Peng et al. have proposed a general method for guiding colloidal arrangements using nematic liquid crystals in which nematic liquid crystals are provided with pre-applied spatially differently oriented molecules from a photo-alignment substrate. The colloidal particles in the nematic environment are constrained by the long-range elastic forces determined by the nematic alignment rules. The gradient of orientation changes produces an elastic energy distribution that drives the colloid to a specific location through proper deformation. The example shows that the colloidal spheres fixed on the vertical surface are driven to the maximum unfolded area, while the colloidal spheres fixed on the tangential surface are placed in the curved area. By determining the over-damped power of the colloid, a decisive elastic force can be determined. Controlling colloid self-assembly through patterned molecular orientation provides new opportunities for designing materials and devices. (Science Advances DOI: 10.1126/sciadv.1600932) 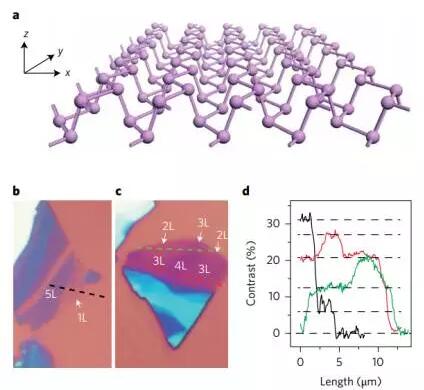 As a monoatomic layer of black phosphorus, phosphonene is a new two-dimensional (2D) material that is expected to be used in electronic and photonic technologies. Li et al.'s experiments show that the electronic structure of multi-layered phosphonene is significantly correlated with its number of layers, which is basically consistent with theoretical predictions. Its inter-band optical transition covers a wide range from visible to mid-infrared, which is important for technical applications. In addition, they observed strong photoluminescence at the energy very close to the absorption edge, indicating that the multilayer phosphonene is a direct bandgap semiconductor. The strong correlation between the number of layers of phosphonene and the electronic structure, combined with its high electron mobility, makes it a more significant advantage in electronic and optoelectronic applications than other two-dimensional materials. (Nature Nanotechnology DOI: 10.1038/NNANO.2016.171) 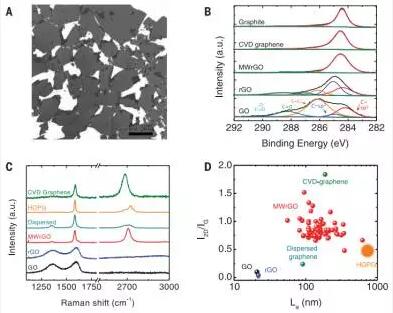 Efficient stripping of graphite in solution is an ideal way to obtain graphene sheets for printing electronics, catalysts, energy storage and composites. The peeling yield of the lateral large-sized graphite oxide is about 100%, but since the oxygen-containing functional group has not been completely removed, the reduced form of graphene oxide (GO; reduced form: rGO) is still highly disordered. s material. Damien et al. proposed a simple and fast method of reducing GO to pure graphene using a pulsed microwave of 1 to 2 seconds. The excellent structural properties make the microwave-reduced graphene (MW-rGO) exhibit mobility characteristics of more than 1000 cm 2 /VÂ·s when applied to the field effect transistor channel material, and can be used as a highly active catalyst for oxygen evolution reaction. (Science DOI: 10.1126/science.aah3398) 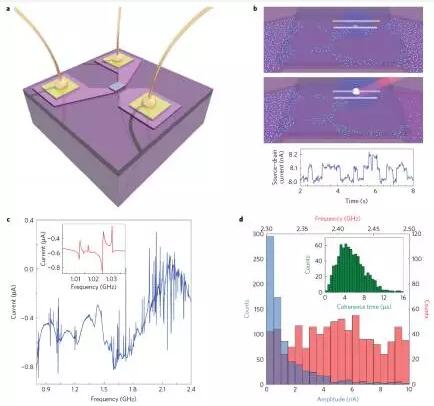 In solid-state nanostructures, the electronic defect state at the interface of the material is an important source of noise. Even a trapped charge can qualitatively change the characteristics of short one-dimensional nanowire field effect transistors (FETs) and qubits (qubits) devices. For future nanotechnology, understanding the dynamics of trapping charge is necessary, but direct detection and manipulation is still quite challenging. Tenorio-Pearl et al. transistor-based devices create and detect electronic defect states driven by pulsed microwave coherence. It is noteworthy that their resolution of high-quality resonances in a large number of transistor currents is a function of microwave frequency, demonstrating long regressive coherence time (âˆ¼1 Î¼s - 40 Î¼s) and coherent control of defect-induced kinetics. They effectively characterize more than 800 individually addressable resonances through two independent defective host materials, thereby suggesting that their properties are consistent with weakly driven two-stage systems. (Nature Materials DOI: 10.1038/NMAT4754)

Despite the existence of static and dynamic disorder, the hybrid lead-halide perovskite exhibits similar carrier characteristics to pure non-polar semiconductors, but it is still unknown how carriers avoid high-efficiency scattering of charged defects and optical phonons. . Zhu et al. revealed this protection mechanism by comparing three single-crystal lead halide perovskites CH3NH3PbBr3, CH(NH2)2PbBr3 and CsPbBr3. They observed the fluorescence of high-energy carriers with a lifetime of about 100 picoseconds in CH3NH3PbBr3, CH(NH2)2PbBr3, but not in CsPbBr3. Thermal fluorescence is associated with reorientation of liquid-like molecules, indicating that at the time scale matched to ultrafast cooling times, dynamic shielding protects high energy carriers by dissolution or formation of large polarons. Similar protection mechanisms may also exist in banded carriers. Long-lived high-energy carriers may be able to make hot-carrier solar cells more efficient than the Shockley-Queisser limit. (Science DOI: 10.1126/science.aaf9570) 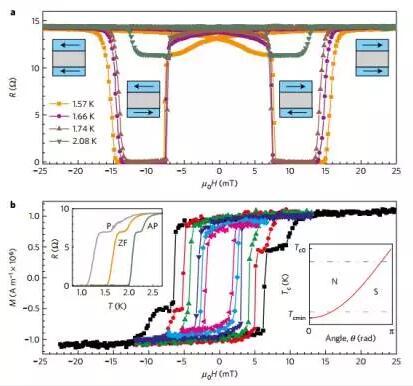 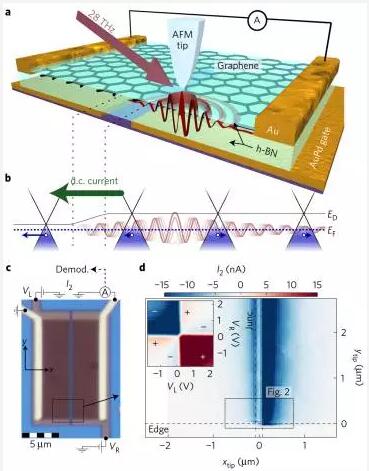 The use of all-electronics to control, detect, and generate propagating plasma is at the heart of integrated chip nano-optics. The graphene carrier long-life plasma is severely limited and controlled by the electrostatic field. However, electronic detection of medium ion propagation of graphene has not been achieved. Mark et al. proposed a full graphene mid-infrared plasma detector operating at room temperature, in which a single graphene sheet acts as both a plasma medium and a detector, rather than by the addition of optoelectronic materials. And it has been successfully implemented in other plasma systems. The device can directly convert the plasma's natural decay product, electron heat, into a voltage through the thermoelectric effect through the thermoelectric effect. Mark et al. added two local gates to adjust the thermoelectric and plasma properties of graphene. High-resolution real-world photocurrent maps can be used to study plasma propagation, interference, decay, thermal diffusion, and thermoelectric generation. (Nature Materials DOI: 10.1038/NMAT4755)

The surface structure is regulated at the atomic scale to accurately and efficiently manipulate the activity and persistence of the catalyst. Recently, the Australian Qiao Shizhang team reported the regulation of the atomic structure of one-dimensional single crystal CoO nanorods by creating oxygen vacancies on the pyramid surface. These CoO nanorods exhibit excellent catalytic activity and stability against oxygen reduction and oxygen evolution. Experimental and theoretical studies have shown that the origin of the catalytic activity of single crystal CoO nanorods is the oxygen vacancies of the {111} crystal plane. These oxygen vacancies can change the electronic structure of CoO, ensuring rapid electron transfer and optimal adsorption energy. The results of this study indicate that surface atomic structure regulation is an important method for preparing effective and stable electrocatalysts. (Nature Communications DOI:10.1038/ncomms12876)
This article is authorized by the new material online (micro signal: xincailiaozaixian), if other media need to reprint, please contact the new material online small series (micro signal)

Pump Assembly Contain Piston pump and Gear pump, For Piston Pump We could supply the brand as Komatsu, Hitachi, Kawasaki, Nachi, Kayaba, Rexroth and so on.

For Gear Pump, It main used for wheel loader and Bulldozer.

1. OEM Manufacturing welcome: Product, Package...
2. Sample order
3. We will reply you for your inquiry in 24 hours.
4. after sending, we will track the products for you once every two days, until you get the products. When you got the
goods, test them, and give me a feedback.If you have any questions about the problem, contact with us, we will offer
the solve way for you.