Total eclipse is a typical root disease that destroys the wheat roots and makes the roots and stem bases 1 to 2 knots as black as carbon. The pathogen is Capsella sinensis, which is a soil-inhabiting fungus. It is mainly used as a primary source of infection when the mycelium is mixed with the diseased body in the soil or mixed with seeds or manure. It can be harmed from seedling to adult stage. After sowing, the pathogens invade from the roots of the wheat seedlings, the young shoots, etc., and after the greening, the mycelium spreads along the roots, invading the tillers and the base of the stem. Soils, particularly the incidence of severe phosphorus deficiency plots; alkaline granule structure and good soil heavy incidence; planting too early, before infection of bacteria early winter, long infection period, the incidence of weight; low-lying, damp worse . Late planting, low temperature, seedling period is not easy to disease. The disease spreads quickly after the disease occurs, and it takes only three years from the sporadic incidence of the plant to the death of the tablet without any measures. To the peak years after the onset of illness is decreased year by year, there is a natural phenomenon of recession. The field growth and decline of wheat total eclipse includes four periods: the pre-winter period, the slow winter development period, the disease-prone period and the peak incidence period.

There bunt of wheat smut and loose smut two kinds. The smut disease is derived from the scent of trimethylamine with fishy scent. When the wheat is harvested, the spores of the bacteria adhere to the surface of the seed to form a seed-borne bacterium; the spores of the pathogen fall in the field and form soil-borne bacteria. When the wheat seeds germinate, the spores of the pathogens germinate at the same time. The mycelium of the pathogens invades the wheat seedlings from the wheat bud sheath and grows and spreads in the plants. Finally, all the grains of all the ears of the diseased plants form black bacilli, causing devastating damage. Scattered smut mainly harms the wheat ear, and the heading stage of the diseased plant is slightly earlier than that of the key strain. The bread on the outer part of the initial diseased ear has a grayish white film, and when the tip of the diseased ear slightly exposes the temporal lobe, black powder is scattered. After the diseased ear was extracted, the black powder was blown away by the wind and rain, and the spikelets on the diseased ear were almost completely destroyed. A disease occurs, the main stem and all tillers have diseased ears, and some of the resistant varieties can be normal and firm.

Root rot can occur in all growth stages of wheat, which can damage various parts of the plant, showing symptoms such as root rot, diseased spots on the leaves, dead stems, and dead neck and neck. In the seedling stage, the wheat bud sheath and roots turn brown or even rot. Lightly planted plants are weak and soon die; the young shoots that are severely ill can not be unearthed and die. Brown spotted lesions appeared in the roots and necks of the tillering stage, and the leaf sheaths also became brown and rotted, and the ineffective tillers increased and clumped. In severe cases, the seedlings died. In the late growth stage, the diseased plants are easy to pull up, but the roots are not rotted, causing lodging and forming "white spikes". The temperature in the spring is unstable, and the cold current in the regreening period, the disease resistance of the wheat seedlings is reduced after freezing, and it is easy to induce root rot, resulting in a large number of dead seedlings.

Prevention and treatment of three diseases

First, tebuconazole series products. Mixing wheat seeds with tebuconazole suspension seed coating, generally 3 to 4 grams of tebuconazole pure drug per 100 kilograms of wheat, can effectively prevent smut, smut, total eclipse, root rot, Early disease such as sheath blight has good control effect against scab. After seed dressing, the emergence period of wheat may be delayed by one or two days, but it has no effect on the germination rate of wheat, and the seedlings are strong and the roots are developed, the leaves are dark green and the leaves are wide. The dosage should not be too large, and the pure medicinal amount of 100 kg of wheat tebuconazole should be more than 6 g, which is likely to have a large adverse effect on the emergence rate and emergence speed of wheat.

Second, the difenoconazole series products. A number of difenoconazole products have been registered for wheat seed treatment to control smut, total eclipse, and sheath blight, and are also effective against root rot. Swiss Syngenta Crop Protection Co., Ltd. has a wide range of products. The company's 30 g / liter of difenotropone suspension seed coating agent is registered for the prevention and treatment of total eclipse, according to the ratio of drug to 1:167 ~ 200 , about 15 to 18 grams of pure medicine per 100 kilograms of seeds; registered for the control of sheath blight and smut, 6 to 9 grams of pure medicine per 100 kilograms of seeds. The company's 4.8% phenyl etherÂ·Fluoridazole suspension seed coating agent (containing 2.4% of difenoconazole and chlorfenapyr), and 200 ml of seed preparation per 100 kg of wheat seeds can effectively control wheat. Scattered smut, smut, root rot, total eclipse, early sheath blight and other diseases, and can promote root growth and improve wheat stress resistance. The company's 27% phenyl ether Â· thief worm suspension seed coating agent (containing difenoconazole 2.2%, fludioxon 2.2%, thiamethoxam 22.6%), per 100 kg of wheat seed preparation 200 In addition to being able to effectively control the above diseases, the milliliter seed dressing can effectively control underground pests such as golden worms and early mites. Other companies' difenoconazole series products can be used according to their technology.

Third, the area where the total eclipse occurs very seriously, you can use 125 g / liter of silthiafen suspension, the drug for wheat total eclipse special effects, recommended for every 100 kg of wheat seeds 20 to 40 grams of pure seed dressing. The drug has poor control effect on smut and root rot. The above-mentioned tebuconazole and difenoconazole products can be added to both diseases.

Prevention and control of underground pests and early aphids

Underground pests in wheat fields mainly include alfalfa and golden worms. Seed dressings with imidacloprid, thiamethoxam, and butyl thiocarbazone can effectively control underground pests and early aphids. Seed dressing scheme: First, use 200% imidacloprid suspension seed coating agent per 100 kg of wheat seeds, and add appropriate amount of water to prepare a liquid coating. Second, there is currently no single dose of thiamethoxam registered for the control of underground pests in wheat. According to the amount of registered compounding agent, 60-120 grams of thiamethoxam pure drug can be used for seed dressing per 100 kilograms of wheat. Third, every 100 kilograms of wheat seeds can be mixed with about 100 grams of butyl thiocarbamate. 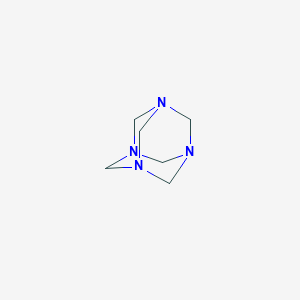